Your thoughtful, sincere, beautifully crafted and warm Nowruz address to the people and the government of Iran was noticed and well received by Iranian free-thinkers.

In your address you referred to Sa’di’s poem: “the valuable humanity which we all share”. This timeless piece of Persian literature - which expresses the value known as unity or solidarity - is an ancient belief of Iranians.

Let us start with this tradition specifically. It is necessary to point out that the theocratic regime ruling Iran today is strongly against Sa’di’s vision. The same regime is attempting to destroy the great and ancient Iranian culture by stripping it of its identity - the same identity you that you fondly pointed out and expressed your appreciation for.

But why do they wish to destroy our culture? You have to, because the theocratic regime considers solidarity and cooperation only as value for the Muslim community. So you see the irremediable rift that is created between the nation and the government – the Islamic Republic regime – to the very edge of this traditional custom.

It is critical to denote the regime’s decade-long effort to rob the people [of Iran] of their cultural identity and ban Nowruz – the celebration of traditions and values which you truly discern and expressed in your message. It is clear that this attempt has impoverished the society as the majority is condemned by a minority rule: a callous regime that silences every voice and suppresses every opponent criticism in the name of the All Mighty Creator, aided by an overt and covert pseudo-fascist apparatus.

Secondly, if solidarity - human community and fellowship – a value accepted by a civil society, then how can it be that hundreds of thousands of people are imprisoned, tortured daily and slaughtered, women are “publicly stoned to death” and groups of men are hanged from commercial cranes in broad daylight and yet, the western news outlets choose to ignore and scarcely report this. No need to go back far: just in the short time of your presidency, more than sixty individuals have been tried for trumped up charges in feudal courts of the Islamic Republic and have been executed.

In the light of these revelations, it is clear that your policy toward Iran needs to consider either the people of Iran or the government of Iran, for between the two there is no common interest to talk productively and reasonably. Although in foreign Policy bilateral talks and negotiations within the United Nations’ framework are differentiated, in both cases the only guarantors for any treaty or agreement are the sovereign, i.e. the people of Iran. Especially since a fascist, anti-nationalist government, whose interests and aspirations run counter to those of its own people and consider them lowly slaves, are incapable of going against its own interests and keeping to the terms of its agreements with non-Muslim foreigners who oppose its expansionist policies.

The Iranian government is not elected by the Iranian people; it is elected by Omma– followers of the “Imam”. Pleasing the Almighty is established as the basis of a country’s constitution, but when on a daily basis its administrations kill people, commit crimes and subjugate and torment the followers of other religions and freethinkers in the name of God, the regime is satisfying neither God nor the people. This is a self-serving, autocratic and authoritarian regime. It is a regime based on fascist principles and dogmatism. The freethinkers of Iran hope that the US government will not enter into negotiation with this fascist regime but with a freely elected one.

The basis of political science in the modern world is communication. It is true that every political negotiation is conducted to achieve an accord, as it should be. Diplomacy requires moral context and each negotiation must take place with people’s interests in mind. Also and more importantly, every communication or negotiation with every side is not necessarily productive. When somebody sits at the negotiating table with such a regime, he is defying Karl Popper’s principle: “Any negotiation with a dogmatic regime is a waste of time and is a failure of logic and intellect and ushers the tenure of depravity and oppression”. This humiliation was clearly demonstrated by Chamberlain in the 1938 Munich Agreement with Hitler. Thus, such negotiations, whatever the results, are doomed to failure, because the despotic Islamic Republic Regime’s reign in the region is absolute and the uncertainty–value of any decisions in the region will grow. A reminder that US failure in Middle East diplomacy in the past thirty years has been do this uncertainty of political decision.

Mr. President - when and if you should ever under the guise of “commitment to diplomacy” sit to negotiate with the theocratic regime in Iran, which is born out of violence, then your position counters and clashes with human rights and the rights of the Iranian people well as breaches Sa’di’s solidarity and ignores Martin Buber’s “I and you” and Habermas’ discourse ethics. Buber says: “man is realized in you and becomes me.”

Please do not forget the Iranian-Americans who have played a major role in making the United States more prosperous - those whom you proudly mentioned are some of the millions of Iranians who were forced to flee the Islamic Republic’s reign out of fear and lack of freedom, as a result of the death of democracy, leaving their homes and livelihoods behind in the land of their forefathers and ancestors. No other country in the world has suffered such a horrible fate in the past thirty years, and the world’s apathy towards them is unprecedented. The same apathy has brought about the reign of this illegitimate Caliphate, pillaging and plundering the country’s natural resources and spreading its caliphate rule around the globe with the aid of foreign corporations. All this at an epoch you call “the Epoch of Globalization”. This Caliphate’s expansion is synonymous with the instability and insecurity of the region.

Please realize that your compromise and rapprochement with this regime does not mean stability and balance of power in the region, the traditional principles of America’s Real Politic. Specially when in your message you state: “this is a future that brings with it renewed trade between our people as well as greater opportunities for cooperation and commerce”, and clearly emphasize American Real Politic, you thus nullify and void your motto of “Change”. Please believe that the people of Iran and the Middle East have not forgotten the policy that has crippled them over the past thirty years.

Let us be cognizant that the future of man in this world will only be provided for by humanity, mutual respect and solidarity that must be built on human rights and liberty. Everyone in their own place can assess the depth and breadth of this freedom. In classical ideology, the expanse of this development is measured by how much an individual’s dreams are realized. Today, science has demonstrated to us that the extent of individual freedom is determined by how much an individual is in control of his or her work.

The people of Iran are not liberated in either the classic or the modern measures. They do not have satisfying jobs, nor can they realize their dreams on a reasonable measure. Yes, a thin veneer of the society has everything, but the rest have eyes filled with longing and yen. Therefore, any negotiation that does not end this dire situation will not vanquish the Taliban in the region, but will merely serve to facilitate a new crop of Taliban in the region. This must indeed be the goal of the “Change” you speak of.

On the other hand, you mentioned Nowruz in the proper context. It is a celebration that announces the renewal of nature every year and through that, it directs the individual to an internal and external renewal and rejuvenation of man. But we Iranians realize these concepts, when during this time of celebration and joy, we clean and dust our abodes and don new clothes. Through this ritual, we demonstrably shed and discard old values and welcome and usher in the renewal and the transcending rejuvenation not just in words but in deeds.

That is why we await your actions. We are also aware that each change must have direction in addition to substance: a purpose towards sublime creation. This direction lies within this point that the US policy must turn towards the people, not towards the governments and steer away from unpopular regimes. Any meddling that obstructs the natural flow in creating functional societies impedes the progress of modernism: that which binds and connects all nations into the family of man. Truly, the United States has not offered any assistance to the real Iranian opposition inside [Iran] or abroad.

Now the problem of theocratic regimes of the Islamic Republic sort can only be solved by the nationalist and progressive forces of those countries, the United States with all its knowledge and might has been ignorant of the culture and customs of such ancient civilization as Iran. Thus, we the free and democratic opposition of the current regime in Iran are interested in the phenomenon of “Change” in the policies of the United States and therefore we encourage any policy that support an end to this barren and effete dynasty in Iran. The Iranian people are not free but rather strongly suffer abuses of human rights. What they expect with the proclamation of “change” is solidarity and your support to obtain the rights and democracy that the Americans enjoy. 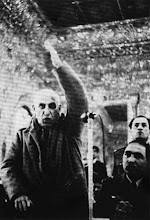 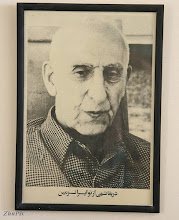 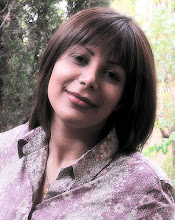